Why Was Tiffany Haddish Arrested in Georgia? 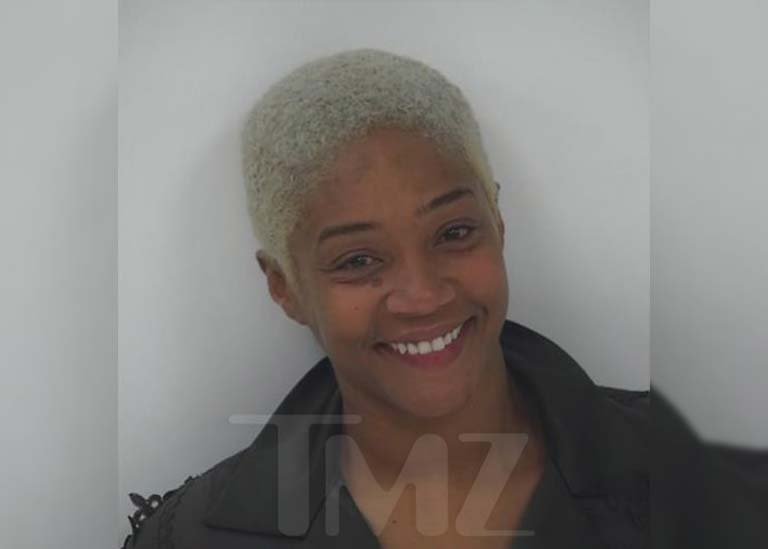 Tiffany Haddish was held by the police for being accused of DUI. The incident occurred at 2.30 am on Friday, in Georgia. ‘The Girls Trip’ star was spotted asleep behind the wheel as well and also made an improper stopping.

The police arrested the American actor and stand-up comedian at 2.30 am on Friday. According to a report obtained by The Atlanta Journal-Constitution, police suspected Haddish of being under the influence of marijuana. The Peachtree City Police got a call revealing information about a driver asleep on a wheel on the highway.

Initially, someone reported a driver being asleep on the wheel on Ga. 74, near Ga. 54. Consequently, the police immediately departed to the area to conduct a welfare check. However, they could not find anybody. The vehicle was no longer there. Nevertheless, the Fayette County 911 dispatchers issued a be-on-the-lookout alert for the 2021 Ford Explorer. The police tracked down the vehicle, as it matched the caller’s description. They stopped Haddish as she pulled her SUV into a yard of the residence, revealed Myers in his statement.

Peachtree City is located about 40 miles south of Atlanta.

The authorities released Haddish from the Fayette County Jail after he posted a $1666 bond, as said by Myers. As of now, there is no information about a possible court date.

According to sources, Haddish was in Atlanta filming “Haunted Mansion.” The film is Disney’s re-adaptation of a 2003 horror-comedy. Most probably, the film is all set to release this year.

Haddish’s spokesperson did not immediately respond to requests for comment.

Above all, the 42-year-old celebrity is known worldwide for her stand-up comedy and 2017 film, “Girls Trip.”

She will be starring in the Apple TV+ upcoming murder mystery comedy series “The Afterparty.” The series will be released this month.

Haddish has starred in other hit movies such as The Kitchen, Night School, and Like A Boss. She has also written the New York Times bestseller The Last Black Unicorn and hosted the popular television show Kids Say The Darndest Things.

The Amazing Race 2022 winner clues as 33rd season gets underway

BT Podcast: Private homes in Singapore not too pricey? An in-depth look