Why Is Jerry Harris Missing From Cheer Season 2? Why Was He Arrested? Charges Explained

‘Cheer’ has returned to Netflix. Jerry Harris is currently facing a prison sentence for multiple counts of misconduct and is unable to appear in the second season of the Emmy Award-winning docuseries.

The former cheerleader became famous along with other members of the organization when the reality show premiered in January 2020. Harris was arrested on child abuse and exploitation charges in September 2020, leaving fans shocked.

Some viewers might be surprised by just how much Jerry Harris figures into the early episodes of the Netflix docuseries, which will first be addressed in the fifth installment, which deals with his arrest on federal sexual misconduct charges.

Despite Jerry’s bubbly presence now being unnerving, there’s no indication of what’s to come in his behavior. Followed by his return to the cheerleading ranks at Navarro College.

Coach Aldama announces her casting as a part of Dancing With the Stars season 29 in the episode’s beginning. Aldama said that during the height of the Harris controversy, when she was largely detached from her team, she learned of Harris’ allegations of sexual abuse and the federal charges against him. During the month of December of 2020, Harris was sued for seven additional federal counts.

Who is Jerry Harris?

Known for his media fame, cheerleading career, and reality television career, Jerry Harris is an American media personality. As a member of Coach Monica Aldama’s Navarro College cheerleading team, he took part in the critically acclaimed Netflix docuseries Cheer during its first season.

On July 14, 1999, he was born in Hinsdale, Illinois, and attended Waubonsie Valley High School before attending Navarro College. During the final season of Cheer, he received a Regional Scholars Award and joined the University of Louisville for the fall semester. 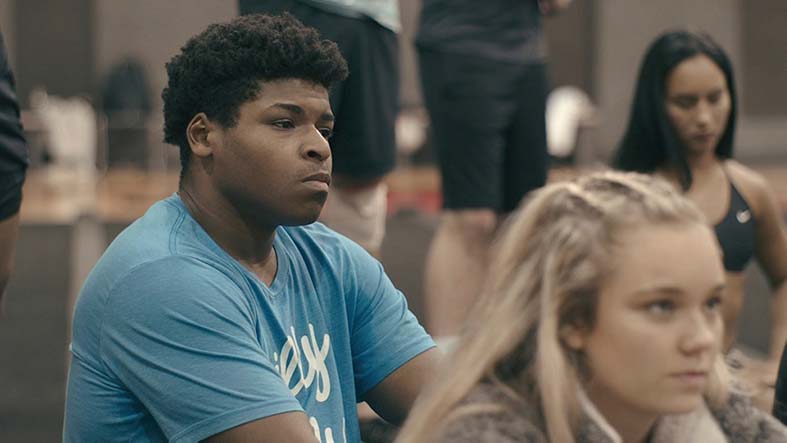 He went on to become the show’s Oscar correspondent after appearing on The Ellen DeGeneres Show with his teammates. The 2020 Academy Awards featured his interviews with Hollywood stars on the red carpet. He also attended the afterparty at Vanity Fair.

Was Jerry Harris Involved In Any Criminal Activity?

Charlie and Sam Brooks, who are twin brothers, filed a lawsuit against Jerry Harris on September 14, 2020. They allege he sent them improper text messages and photos when they were 13 years old.

Despite knowing the brothers were minors, Harris befriended them when he was 19. From December 2018 to March 2020, he made inappropriate advances towards the brothers.

Lawyers for the brothers claim Harris abused the teenagers for over a year while abusing his professional position.

Federal agents arrested Jerry Harris at his residence in Naperville on September 17, 2020. He allegedly made inappropriate videos involving minors. He admitted exchanging inappropriate Snapchat photos with a minimum of 10-15 minors when he was arrested.

The FBI additionally charged Harris with the exploitation of children, receiving offensive media regarding children, traveling inappropriately with a minor, and enticement in December 2020.

All charges against Jerry Harris were pleaded “not guilty” on December 17, 2020. While he is in custody, he will not be able to obtain bail until the end of his trial at the Metropolitan Correctional Center in Chicago. If convicted of all counts, Harris could spend up to 15 years behind bars.

Who Was Shakeel Jutt? Player of the National Kabaddi Team Death Reason/ Dies In…

What Was Lucy Reff Cause Of Death? SUNY Upstate Medical School Student Dead At 23,…