Activists from Insulate Britain need the federal government to decide to offering insulation for 29 million properties. In current weeks they’ve blocked slip roads, glued themselves to the street and poured paint onto the carriageway of the M25, which runs round London.

The authorities stated it might amend present laws to extend penalties for obstructing a freeway to a vast effective, six months’ imprisonment, or each.

The police will even be granted new powers to grab tools which may be used to “lock-on” protesters within the measures, to be introduced on the ruling Conservative Party’s annual convention this week.

Prime Minister Boris Johnson stated in a press release: “This government will always stand on the side of the law-abiding majority and ensure the toughest penalties possible for criminals who deliberately bring major roads to a standstill.

“We will give the police the powers they should cease their reckless and egocentric behaviour.”

The protesters have defended the disruption, which they call civil disobedience, saying it is essential to get the government to take notice. 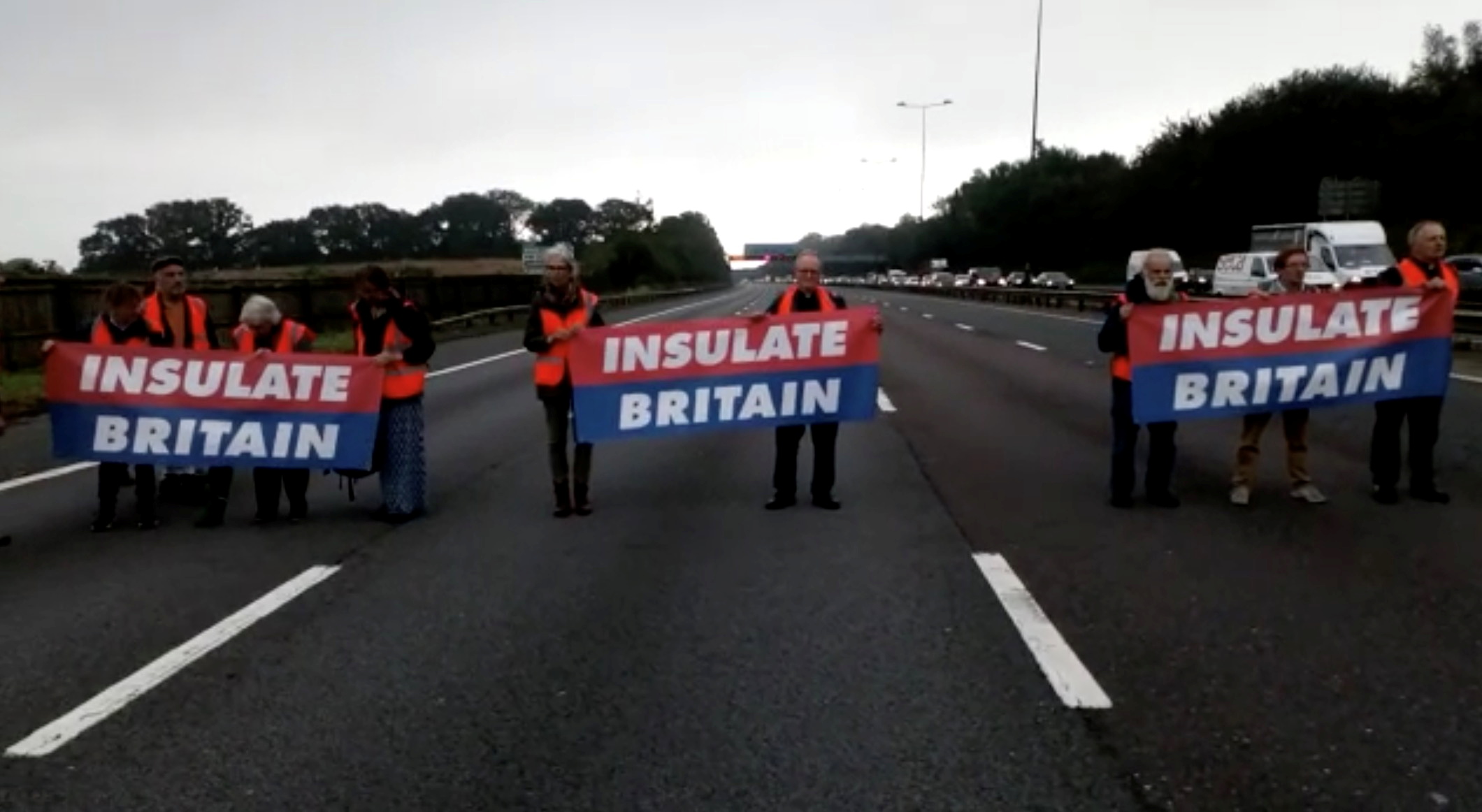