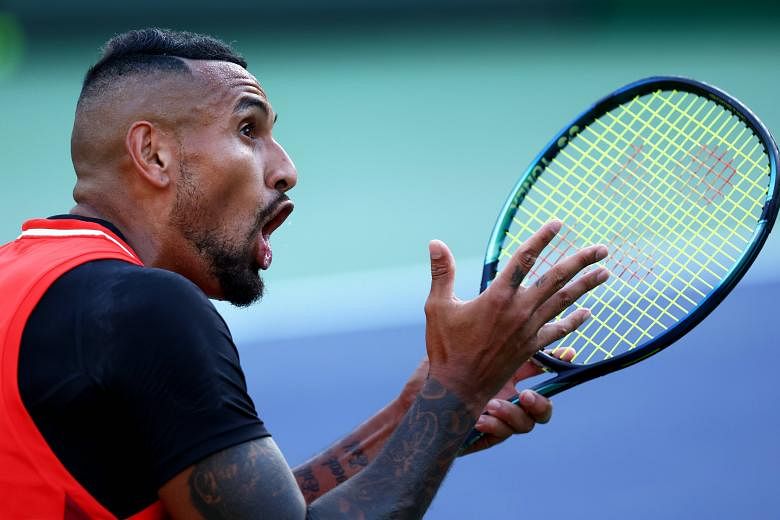 INDIAN WELLS, CALIFORNIA (REUTERS) – Australian Nick Kyrgios apologised for shedding his mood after his defeat by the hands of Rafa Nadal at Indian Wells and for smashing his racket into the bottom, which then bounced and practically struck a ball boy.

The ball boy was in a position to duck out of the way in which and Kyrgios was then booed by some within the crowd following his 7-6(0) 5-7 6-4 loss to Spaniard Nadal on Thursday (March 17).

“I just want to apologise to that ball kid at the end of the match,” Kyrgios wrote on Instagram.

“It was an entire accident and was pissed off on the finish of the match.

“My racket took a crazy bounce and was never my intention. If anyone knows who that ball kid is, send me a message and I will send a racket to him. I’m glad he’s OK!”

Kyrgios tracked down the ball boy on social media, who accepted the apology, saying he was “completely fine” and looking out ahead to getting his palms on a racket.

The 26-year-old Kyrgios was initially defensive when requested concerning the incident after the match, berating a reporter for specializing in it after a blockbuster quarter-final conflict.

“What would you like me to say about it?,” he stated.

“Obviously, was that my intention? No. Because I threw the racquet. Did I throw the racquet wherever close to him initially? It landed a metre from my foot and skidded and practically hit him.

“I’m human. Things happen like that. Obviously it was a very misfortunate bounce. I think if I did that a million times over it wouldn’t have gone that way.”

The 24-year-old German Olympic champion apologised after he was defaulted for “unsportsmanlike conduct” after he smashed his racket towards the umpire’s chair and verbally abused him.

“Because this situations are happening more and more often, probably ATP should review things and make decisions,” Nadal stated after Thursday’s match.

“But if it’s bad, the ATP need to make decisions to avoid that and to stop that because sometimes, even if it’s very unlucky or unfortunate, going right in that moment that something negative will happen.”