Bayley Kuenzle will start at five-eighth for the Brumbies after Wallabies playmaker Noah Lolesio was ruled out with a minor injury sustained in the win over the Hurricanes.

Test players Nic White, Irae Simone and Tom Wright are also promoted to the starting lineup after coming off the bench last weekend while there is excitement over the likely Super Rugby debut of hooker Billy Pollard, who is named on the bench.

“We were really happy with the response from the team last weekend but we also have an expectation to finish the season on a positive note on Friday night,” Brumbies coach Dan McKellar said.

“There’s no doubt Billy is an exceptional talent and he’s worked hard on the training paddock, and has now had valuable game time in the John I Dent Cup and we’re looking forward to seeing him take the next step in his career against the Highlanders.

“The side really got a lift out of the home crowd at GIO Stadium last Saturday and we can’t wait to play in front of our supporters and our families for the last time in 2021.” 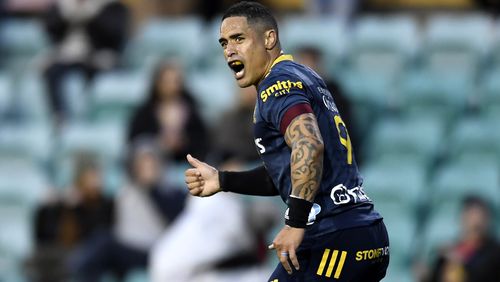 Meanwhile, the Highlanders will welcome back outstanding halfback Aaron Smith as they chase a spot in the trans-Tasman final.

Co-captain Smith missed the win over the Waratahs due to All Blacks rest protocols and returns for Kayne Hammington.

The only other change to the starting lineup is Hugh Renton in at blindside for James Lentjes.

The second-placed Highlanders are jostling with the first-placed Blues and third-placed Crusaders for a berth in the June 19 final, with bonus points and points differential crucial.

“For me, I’d just love to get a win in Canberra, it’s very hard to play there.

“We’re just trying to control our fate, how we play, how we prepare.”