Russia’s former vice-president, aviation major general Alexander Rutskoi, said that after the end of the Belovezhskaya agreements on the collapse of the Soviet Union, he tried to convince Soviet leader Mihaail Gorbachev to arrest participants in signing the agreement. About that he reported “Slow down.”

“I turned to Gorbachev because it was a crime, no one had revoked the Criminal Code. I said to him: “This is a betrayal of the Fatherland. Give me a plane, the special forces of GRU, and I will bring these three traitors. In “Matrosskaya Tishina” they will find out who gave them these powers and why [президент РСФСР Борис] Yeltsin immediately reported to Bush that the Soviet Union had been liquidated, “Rutskoi recalls.


Rutskoi reported on Yeltsin’s attempts to escape to the U.S. embassy during the coup 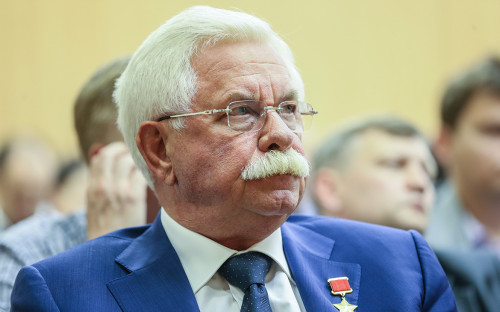 In response, according to the former vice president, Gorbachev panicked, “ran around the office, pointing his finger at the ceiling and saying something like” What are you talking about, everyone is messed up here. “

Three days after the signing of the Belovezhskaya agreements, Rutskoi met with Yeltsin. According to Rutskoi, a conversation took place between them, during which Yeltsin said the vice president did not understand anything, especially he did not understand that “CSI is much better than the Soviet Union.”