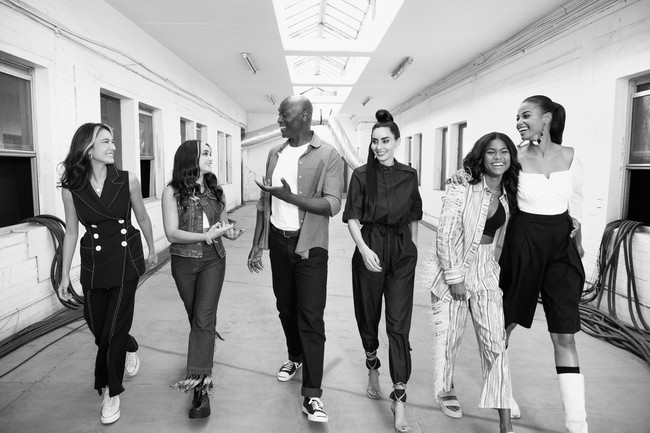 Bronwen Hughes (The Walking Dead) is directing the series at Constantin Film, and Andrew Dabb (Supernatural) is writing the script. When Netflix first announced the series in August 2020, it posted an image of the script for the first episode, “Welcome to New Raccoon City,” of the eight-episode series. 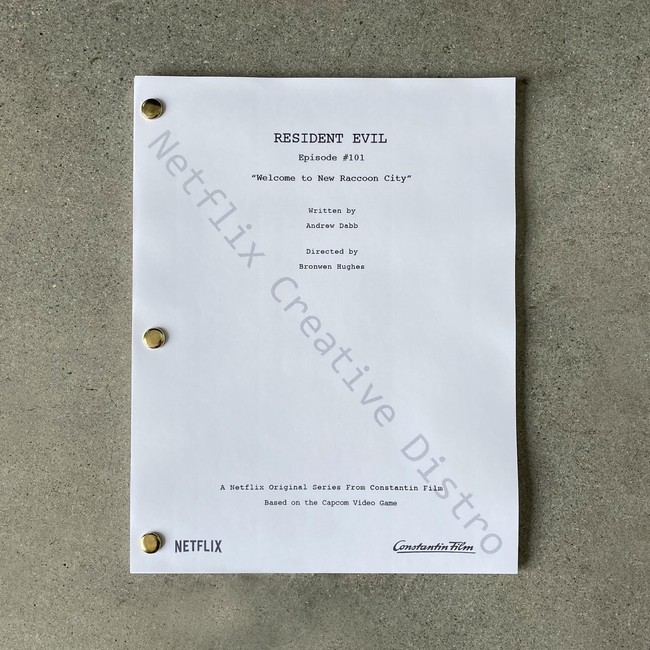 Netflix briefly listed a description for the the-unconfirmed series in February 2020. The Hollywood Reporter describes the newly confirmed story:

The Netflix series will tell its new story across two timelines. In the first, 14-year-old sisters Jade and Billie Wesker are moved to New Raccoon City. A manufactured, corporate town, forced on them right as adolescence is in full swing. But the more time they spend there, the more they come to realize that the town is more than it seems and their father may be concealing dark secrets. Secrets that could destroy the world. The second, more than a decade into the future sees less than 15 million people left on Earth. And more than 6 billion monsters — people and animals infected with the T-virus. Jade, now 30, struggles to survive in this new world, while the secrets from her past — about her sister, her father and herself — continue to haunt her. 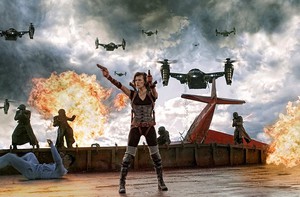 Constantin Film produced all six films in the Paul W.S. Anderson-directed Resident Evil franchise. The company hired Johannes Roberts (47 Meters Down) to direct and write the first reboot film for the Resident Evil film franchise. Entertainment industry news website Variety stated the film was expected to start production last year with a new cast. Variety also reported that the upcoming reboot film will be the first of six.

The first Resident Evil zombie apocalypse film based on CAPCOM‘s survival horror series premiered in 2002 with actress Milla Jovovich as protagonist Alice. Resident Evil: The Final Chapter, the “final” live-action film, opened in Japan in December 2016, and in North America in January 2017.

Constantin Film announced in 2014 that the movies will get a television show spinoff.

The Resident Evil franchise is also inspiring Resident Evil: Welcome to Raccoon City, the first live-action film reboot of the franchise. The film will premiere on November 24 after a delay from September 3.