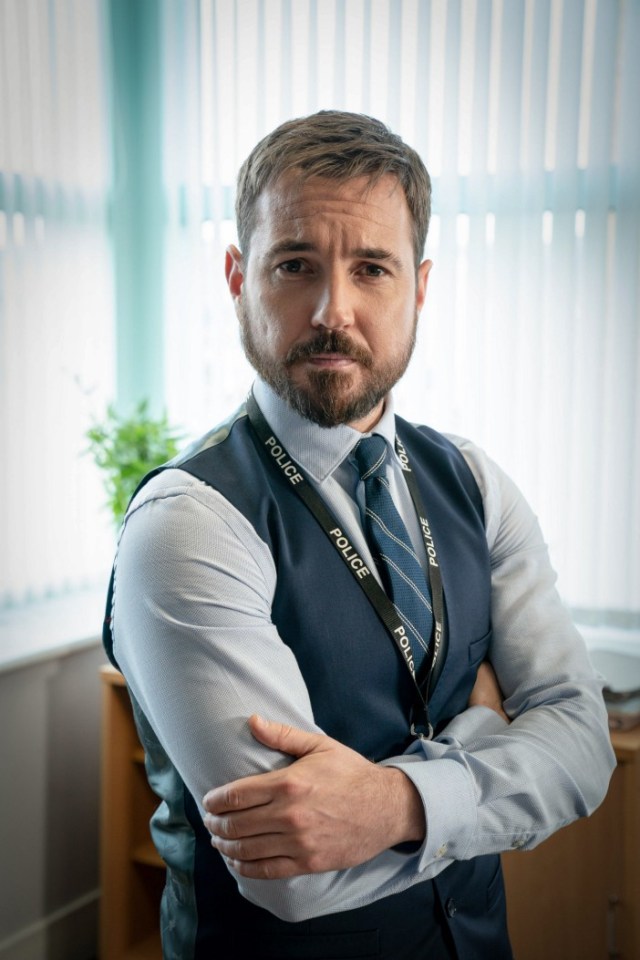 MARTIN Compston has revealed that he perfected his south London accent on Line of Duty by listening to recordings of Dermot O’Leary.

The actor portrays Steve Arnott, one of AC-12’s main investigators, in the long-running BBC crime drama – and his accent might come as a shock for some.

The 37-year-old, who has a somewhat distinctive Scottish accent, not too long ago informed Jessica Ware on her Table Manners podcast how he used to “cringe” after watching himself in the first sequence.

He mentioned: “I can tell in those moments I’m really straining with certain words and looking back I think my performance is quite flat in the first one.”

However, Martin turned to a sure This Morning presenter for steering.

“I was trying to get back into the accent and I started listening to people and Dermot’s a really good sounding board for the accent,” he revealed.

Martin, who is at the moment starring in ITV’s newest thriller Our House, not too long ago teased his hopes over one other season of Line of Duty.

“With everything, Jed Mercurio definitely left the odds loose end and he always leaves little things that could probably pick up in the next series,” he informed the Metro.

“But he won’t do it just for the sake of it just because, in terms of like people want to back, he’ll only want to do it if he thinks of a good story to tell!”

Talking about the response from followers, Martin added: “Whenever folks ask for a selfie or ask about the present, it means they love what we’re doing.

“It means what we’re doing is going well. And the fact that people want us to come back again means the world.”

Line of Duty is offered to stream on the BBC iPlayer.

Audio & Visual Artist Mira Calix Cause Of Death And Net Worth Revealed, What Happened?