“Outnumbered” co-host Kayleigh McEnany slammed the Biden administration on Tuesday saying, “parents found their voice and that is unacceptable to Biden administration.” Her remarks come after the Department of Justice (DOJ) introduced it could probe threats focusing on college board members across the nation after the National School Boards Association (NSBA) compared these current acts to home terrorism.

PARENTS RESPOND TO DOJ, SCHOOL BOARDS’ STATEMENTS: ‘I AM WHAT A DOMESTIC TERRORIST LOOKS LIKE?’

KAYLEIGH MCENANY: Here is what’s on the root of this. Parents have discovered their voice and that’s unacceptable to the Biden administration. Parents are the issue, what they are saying, what they suppose. Look, let’s be sincere, the overwhelming majority of fogeys will not be committing any form of violence or menace towards college boards. But Terry McAuliffe, the Democratic gubernatorial candidate, he mentioned the quiet half out loud.

So dad and mom haven’t any function in what faculties do, no function in what faculties do in instructing kids, and that is what’s on the root of this. And the corollary query to this: is the FBI and DOJ going to look into college board members who threaten dad and mom? Remember, we talked about that Loudoun County Facebook group that was doxing dad and mom, threatening them with hacking. There was that San Marcos college instructor who dared dad and mom to come back at her. So are they going to analyze the other? If I did take an informed guess, I’d say no. 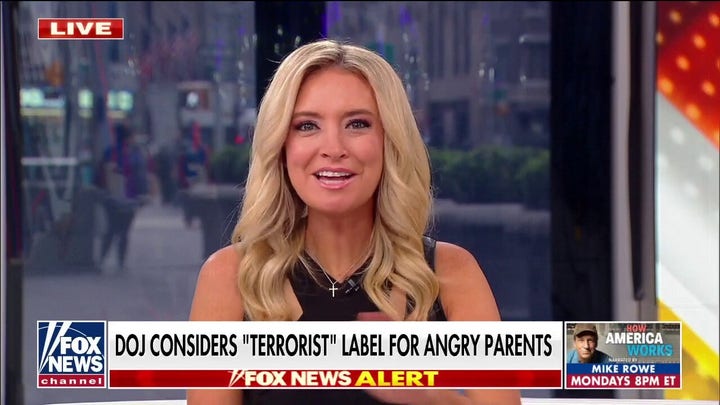