With an interception in the final minutes, the Chargers put together a great offense to pull out the win at Arrowhead Stadium against the Kansas City Chiefs.

Thank you for following the NFL Week 3 telecast of the Los Angeles Chargers vs. the Kansas City Chiefs.

The Chargers pulled off a miraculous victory by taking advantage of the Chiefs’ mistakes to move to 2-1 on the NFL season.

Mahomes with the pass that falls short and the Chargers pull out the win.

Williams with the reception in the corner to take the lead 30-24.

Williams with the reception to put the ball on the 4-yard line.

Defensive pass interference and the Chargers will have first and ten already in zone to attempt a field goal.

Incomplete pass by Herbert and it will be fourth down.

Allen with the reception to get near the zone for the field goal attempt. First and goal.

Mahomes makes a bad decision and is intercepted.

Herbert with the pass too high and it will be fourth down.

Clear pass interference and the Chargers will have first and goal.

Ekeler evades defensive back and the Chargers now have first and goal.

Herbert’s bomb to Williams and the Chargers are already in the opponent’s field.

Another lead change! We’ve got a good one in Kansas City. @MecoleHardman4 #ChiefsKingdom

Mahomes rolls left and completes to Hill for first and ten right on the tag.

Short pass that Edward capitalizes on to move the chains.

Edwards adjusts, makes short and gets first and ten.

Williams on the wide receiver to turn it over on a great pass from Herbert.

Allen with the catch on fourth down and the Chargers are still alive in the red zone.

Herbert completes to Allen and the Chargers move the chains despite defensive pressure.

Cook with the high reception, but enough to stay alive on offense.

TD CHIEFS Edwards with the screen pass to enter the diagonals and take the lead for the first time in the game.

Mahomes with the feint and complete to Kelce, they gained 255 yards to move the chains in the opponent’s backfield.

Herbert with the incomplete pass and the Chargers three and out. To clear.

Fortson with the reception at the diagonals to cut the lead. 14-10.

Hardman with his movements managed to reach the first and ten mark.

Hill with the cross trajectory to move the chains.

The second half begins. Chiefs on offense.

Screen pass play that doesn’t work and the Chiefs will settle for a field goal attempt.

Edwards with the carry and the Chiefs are already in the red zone.

Kelce with the reception despite the coverage and they are already in the opponent’s zone.

Herbert was looking for the end zone, but the pass was incomplete. Fourth down and clear.

Play action and Herbert finds Ekeler for first and ten.

Mahomes is caught and the Chiefs will have to clear.

Ekeler with the reception for the touchdown and Williams makes the catch on the conversion for the 14-0 lead.

Despite the pass being high, Allen brings it down and makes it first and ten.

Williams with the reception and gains extra yards to move the chains.

Edwards’ loose ball and the Chargers recover it again.

Mahomes with the pass to Kelce, who gains 20 yards to rack up yards.

Herbert to Allen to capitalize on the handoff. 7-0.

Williams with the reception between two players for first and ten.

Herbert with the personal carry to get to the mark and keep the offense alive.

Hill’s loose ball is recovered by Davis and the Chargers are back on offense.

Hill rounds the corner for a first-and-10 at the opponent’s 40-yard line.

Holding defensively and the Chargers give away first and ten.

Herbert runs and gets two yards on the sweep earlier and the Chargeers will have to clear.

Ekeler with an important reception down the sideline to get the chains moving.

Intercepted pass to Mahomes and Samuel makes the big catch inside his own 5-yard line.

Based on strength, Kelce moves the chains. First and ten Kansas at the opponent’s 34 yard line.

Mahomes’ carry and then Hill’s pass brings them closer to midfield.

Hill evades the tackle and gets the first first and ten of the game.

Ekeler with the short reception and the Chargers three and out, to clear.

The game begins. Chargers on offense.

We are minutes away from kickoff for the Los Angeles Chargers vs Kansas City Chiefs Week 3 NFL game.

The Chiefs will be visiting the Philadelphia Eagles next Sunday and the Chargers will play the Las Vegas Raiders on Monday night in NFL Week 4.

Patrick Mahomes is warming up

While the Chargers are one of seven NFL teams in the first two weeks that have not averaged 20 points, they still managed to win the Week 1 game against Washington.

The Chiefs have started, as expected, among the NFL’s best offenses by averaging 34 points, but it didn’t help much when they lost last Sunday to the Baltimore Ravens.

A lot of rivalry

These two teams have a great history in the NFL, remembering that two years ago they played an official game at the Aztec Stadium, which the Chiefs won.

This was the Chiefs’ arrival at Arrowhead Stadium in their quest to maintain their undefeated home record. 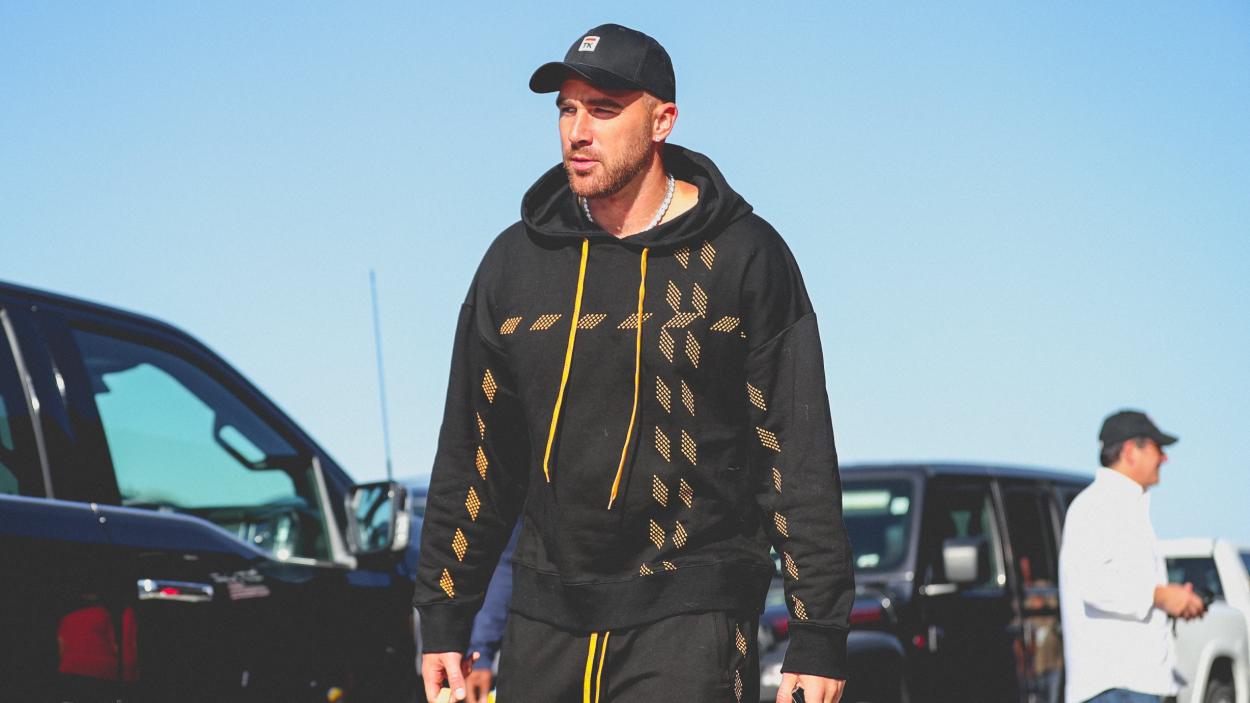 While the Chargers will be without these players for this game:

These are the Chiefs players who will not be present for this game:

In a real train wreck in the AFC West, the Los Angeles Chargers are looking to continue their hot streak every time they visit Patrick Mahomes’ Kansas City Chiefs, who are coming off a surprising loss. We start with the coverage of the game.

Do not miss a detail of the match with the live updates and commentaries of VAVEL. Follow along with us all the details, commentaries, analysis and lineups for this Los Angeles Chargers vs Kansas City Chiefs match in NFL Season at Arrowhead Stadium.

This is the start time of the game Los Angeles Chargers vs Kansas City Chiefs of 26th September in several countries:

The Chiefs lead the all-time series with a record of 64 wins, 57 losses and only one tie, although they have lost two of their last three home games.

If there is a favorite player to win the MVP, it’s Patrick Mahomes, who has a natural talent for throwing deep passes, extending plays or even running if necessary inside the pocket for protection. He has 680 yards, six touchdowns and one interception, which he himself admitted he should not have thrown against Baltimore. 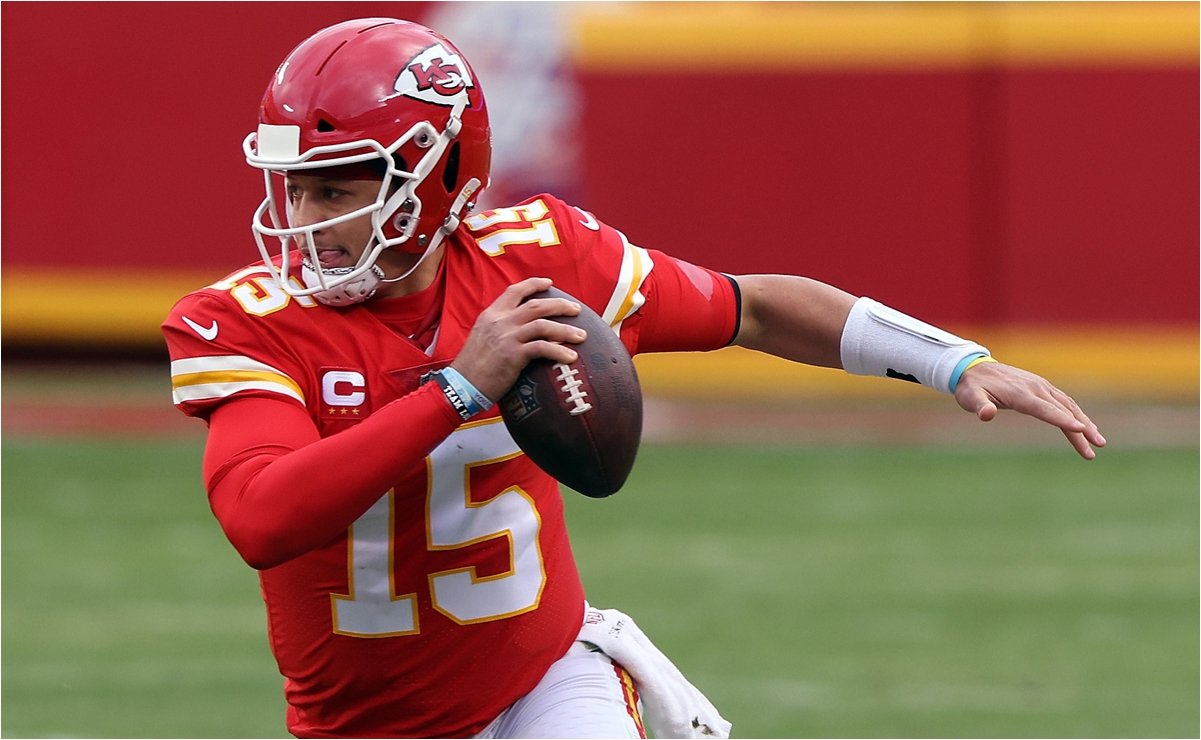 He has a lot of talent in his arm and good accuracy in his throws, however, Justin Herbert’s Achilles heel continues to be interceptions, which he will have to take care of against a team like the Chiefs if they want to make the game close. The Oregon native has accumulated 70.5% of his pass completions for 675 yards, two touchdowns and three interceptions. 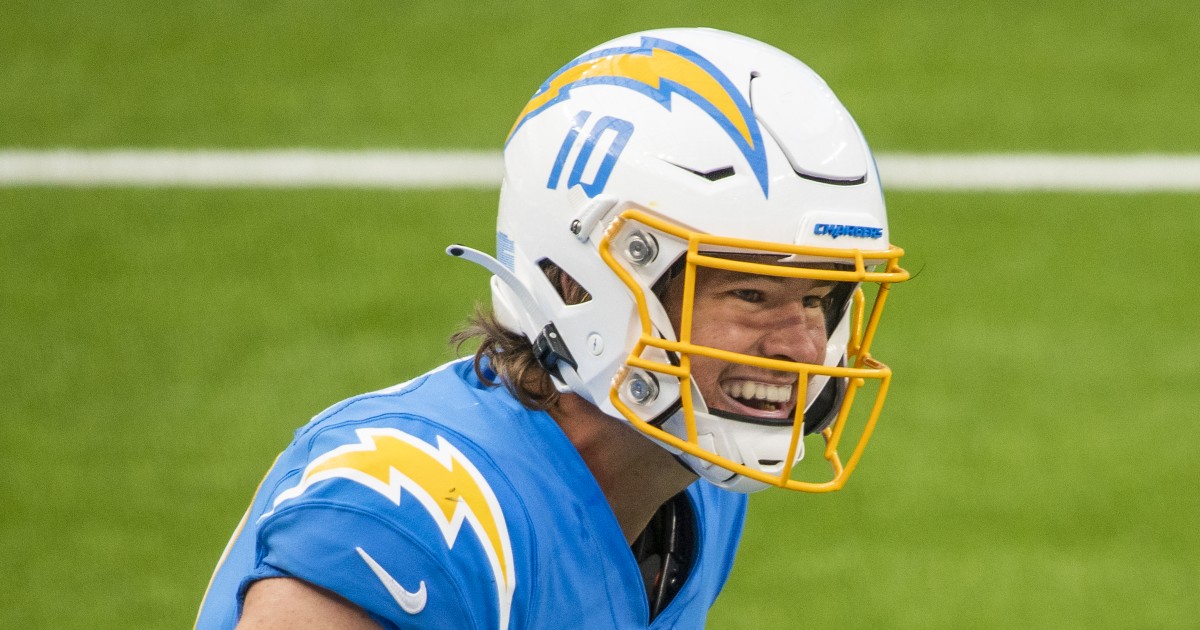 Incredible as it may seem, these two teams that aim to fight for the leadership of their division are at the bottom of the AFC West with a 1-1 record, since the Denver Broncos and Las Vegas Raiders have had a perfect start with two victories.

The Kansas City Chiefs are coming off a painful loss to the Baltimore Ravens where they had an 11-point lead in the fourth quarter, but turnovers were costly and they were never able to stop the ground attack led by Lamar Jackson.

Los Angeles Chargers: to pull off a surprise

According to some predictions, the Chargers are underdogs by eight points when playing as visitors, although they have the same 1-1 record as the Chiefs, since they just lost at home to the Dallas Cowboys in a game they could have won, but inaccuracies in the red zone ended up costing them the defeat.

The Los Angeles Chargers vs Kansas City Chiefs match will be played at the Arrowhead Stadium, in Kansas City, United States. The kick-off is scheduled at 1 pm ET.

My name is Adrian Hernandez and I will be your host for this game. We will provide you with pre-game analysis, roster updates, and news as it happens live here on VAVEL.
48
Share

Is The Jesus Music on Netflix, HBO Max, Disney+, Hulu, or Prime?