Chicago Mayor Lori Lightfoot vowed Friday there could be “consequences” for any metropolis workers who aren’t absolutely vaccinated by Oct. 15, in line with experiences, as town continued negotiations with labor unions.

Lightfoot and the Fraternal Order of Police disagreed on whether or not her requirement affected its members, the Chicago Tribune reported.

The union mentioned in a press release that the deadline would apply solely to coronavirus testing and nobody’s pay could be affected, including that self-reporting of vaccination standing was “voluntary.”

But Lightfoot, a Democrat, denied there was leeway for union members.

“Every employee in the City of Chicago has to be vaccinated,” she mentioned in a information convention Friday, in line with FOX 32 in Chicago. “I haven’t gotten the full reading from the meeting today, but it is foolish that we buried four police officers who have died of COVID. We just last week memorialized their stars at CPD headquarters.”

She added that it was “foolish to be trying to take a victory lap when so much is at stake. Unfortunately, that is in keeping with the leadership of the Fraternal Order of Police. They will be vaccinated.” 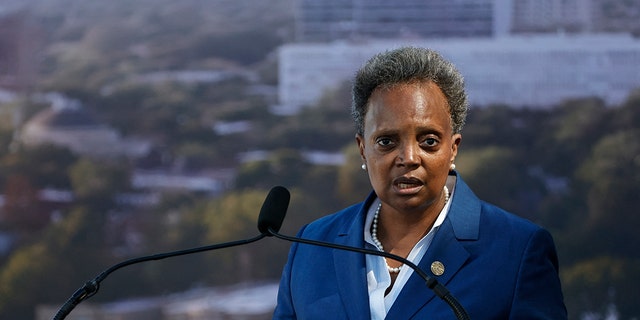 Friday was the final day to get the shot (the second shot for Pfizer and Moderna) to guarantee the worker is absolutely vaccinated by the deadline – as a result of it takes two weeks for the vaccine to take full impact.

Lightfoot gave no specifics on what the “consequences” for not being vaccinated could be, talking solely of “further steps that are taken,” in line with the Tribune.

“What I’m saying is there will be consequences if people are not complying with what the policy is by Oct. 15,” including that she believes in “accountability” and hopes staff will voluntarily abide by the requirement, FOX 32 reported.

In a place that appeared to contradict the mayor, metropolis Public Health Commissioner Dr. Allison Arwady mentioned town initially would have testing necessities for workers not vaccinated by the deadline, the Tribune reported.

City officers ought to attempt to be constant of their explanations of insurance policies, Chicago Federation of Labor President Bob Reiter mentioned in a press release, stressing its union hadn’t signed on to the vaccination requirement.