50 commuters were stuck in stalled TEL train for over 1.5 hours during morning disruption 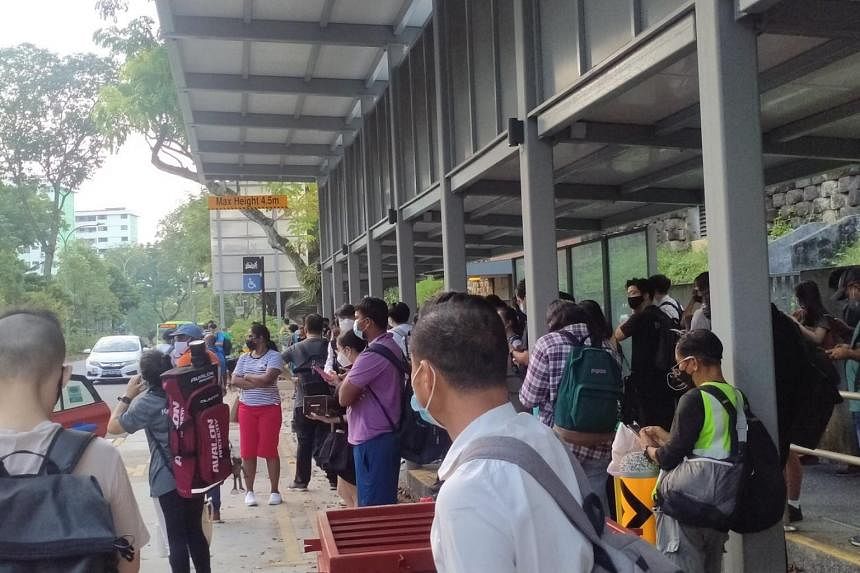 SINGAPORE – About 50 commuters were stuck in a train for greater than 1½ hours on Wednesday (April 27) morning owing to a train fault in the Thomson-East Coast Line (TEL).

In a Facebook replace at about 9am, rail operator SMRT stated the fault between Woodlands and Woodlands South stations occurred at 6.30am.

The passengers were capable of disembark at Woodlands station at about 8.10am, SMRT added, noting that there was full lighting and air flow in the stalled train.

“Our engineers were immediately activated…  to rectify the fault,” it added.

Train companies between Woodlands North and Caldecott stations were slower because of the incident.

In an earlier replace on Twitter at 7.31am, SMRT stated: “Due to a track signal fault, trains are moving slower between Woodlands North and Caldecott in both directions.”

It later up to date that the reason for the incident was resulting from a train fault.

Free common bus and bridging companies between the stations were made obtainable.

Commuters were unable to get into Woodlands North station at 8.45am because the gantries were closed. An indication directed commuters to take the free bus service to Caldecott station as an alternative and suggested them so as to add 25 minutes to their travelling time.

A commuter instructed The Straits Times that she took half-hour to get from Woodlands to Woodlands North station, a journey that usually takes two minutes.

At 9.01am, SMRT stated on Twitter that train companies were progressively recovering.

It up to date at 9.09am that companies had resumed.

When ST visited Woodlands station at 9.10am, train companies had resumed.

Mr R. Kumar, 40, who arrived on the station at 8.45am, stated he was instructed by workers that bridging bus companies were obtainable. However, even after half an hour, the bus didn’t come.

The public servant stated: “I believe the workers did what they might, they guided individuals on the place to go and tips on how to discover different transport.

“But when there’s a train breakdown, the bridging bus usually comes more often. The bus did not come at all, so we took the train in the end.”

As a results of the delay, Mr Kumar boarded the train at 9.20am and was late for a gathering with shoppers at his office in Upper Thomson.

Another commuter, who wished to be recognized solely as Ms Tan, 27, stated: “I can understand the situation, it’s not the first train breakdown I have heard of.”

The amount surveyor in a building agency added: “But I was surprised because the Thomson-East Coast Line is a new line.”