$2 million raised for Marine who scorned superiors over Afghan withdrawal

Over 27,000 donors have contributed $2 million for the embellished U.S. Marine who criticized his commanders for mishandling troop withdrawal in Afghanistan.

Lt. Col. Stuart Scheller took to Facebook Live in August to sentence his superiors for embarrassing the nation in quite a lot of movies that shortly circulated the web. Scheller was later detained and positioned in solitary confinement at Camp Lejeune for his actions.

Scheller’s mother and father, Stu and Cathy Scheller, spoke to “Fox News Primetime” Friday to voice their issues about their son’s well-being. According to Stu Scheller, they’ve been informed by the Marine Corps that Lt. Col. Scheller may face “a long prison term.” 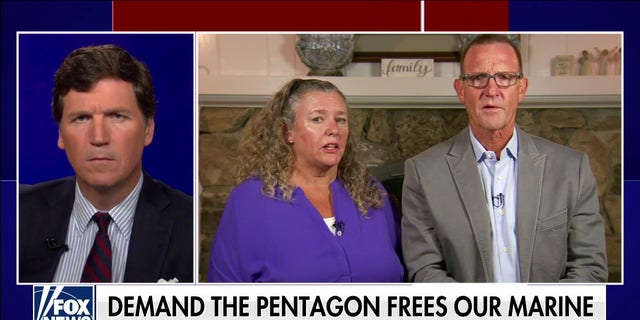 PARENTS OF JAILED MARINE OFFICER SCHELLER FIGHT BACK: ‘THEY WANT TO BURN OUR SON’

Fox News Primetime host Brian Kilmeade reported that the average donation was $74, bringing the total to $1.8 million on Friday. That number has now surpassed $2 million. The fundraiser, organized by the Pipe Hitter Foundation, has received monetary support from veterans and American citizens alike.

Those who have donated commended Scheller for his courage to speak out.

“You represent honesty, integrity and character, said one donor, Paul Kenyon. “You are a political prisoner. The USMC is embarrassing itself by how you are treated. I solute your courage.”

Others condemned the military leadership in support of Scheller.

John Habel, who matched Kenyon’s donation, labeled Scheller’s superiors as “a shameful cabal of cowards who should have all resigned.”

“Stu we are behind you,” Habel continued. “There are far more ‘patriots’ keen to sacrifice all than the ‘yes men’ effervescent as much as take high chief roles inside a pretend administration.”

Manchin confronted by kayakers in his DC houseboat